Three in the Morning 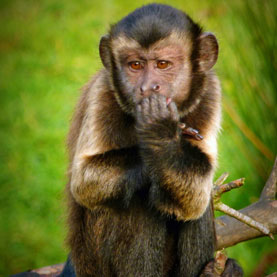 Yesterday I was clever, so I wanted to change the world. Today I am wise, so I am changing myself. ~Rumi

In a recent chat with a friend, the issue came up about the state of the world, and the path we are on as a species. Light topic with tea and cookies!

My first thought was a line from Another Roadside Attraction, by Tom Robbins. Whenever a character would pick up a paper or turn on the news, “the world situation was desperate as usual.” The book was published in 1971. Nothing much has changed. I suspect the line could have turned up just as accurately in a book in 1771, or told around the fire in front of the cave.

So what is the appropriate attitude towards the world, my friend asked – hope or despair?

One or the other? Perhaps neither. Here is a story from Inner Chapters, by Chuang Tsu:

Therefore, the sage harmonizes right with wrong and rests in the balance of nature.

The world is as it is. There is beauty and horror, compassion and violence, transcendence and tragedy. How do I judge this? I don’t know.

I told my friend about when I fell off the roof of my cabin. I was conscious as I fell to the deck, hitting the edge and flipping down the hill below. Oddly, I was aware of the potential harm to my body and yet I was serene, knowing with a flash of inner clarity that whatever happened was perfect. It wasn’t that I thought I would be spared injury, but that I could see beyond my usual assessment of good or bad, which no longer seemed to have any meaning. For a moment, I was in the balance.

The world did not change that day, but I did.

The road that is built in hope is more pleasant to the traveler than the road built in despair, even though they both lead to the same destination. ~Marion Zimmer Bradley

related posts: Falling into Now; What I Know for Sure
Posted by Galen Pearl at 2:00 PM