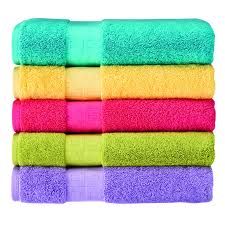 While my grandson was playing with a toy farm, I pulled some clean towels out of the dryer and started to fold them. He had other ideas.

Here is what I now know about clean towels.

You can pile them up and jump in them (at least you can if you are the size of a two year old). You can wear them like capes and run around. You can throw them on each other’s heads and play peekaboo. You can use them as blankets and pretend to go to sleep and then jump up and say good morning. You can hide little toy farm animals in them and then try to find them. You can repeat all of the above with your favorite stuffed animal.

Here is what I learned from what I now know about clean towels.

We limit things with labels. If I label this rectangular piece of cloth a towel, then it serves one function. But when I let go of that label, it can be most anything at all. When I lived overseas, those of us in the expat community realized that many of us were working at jobs that didn’t fit with how we had labeled ourselves earlier. A scientist was an author, a lawyer was a professional development consultant, a homemaker was an expert on local crafts, and a former Playboy bunny was a antiques dealer (no kidding). Those who were having the most trouble getting a job tended to be those who were the most stuck in labeling themselves.

This is especially true when we label something as a problem. I initially labeled my grandson’s towel enthusiasm as a problem because it interfered with my towel folding. When I let go of the problem label, that same enthusiasm became a delight, an opportunity, a gift.

I thought about this today when someone came to me to talk about a challenging situation with a coworker. I saw that she was labeling the situation as a problem (for which she was blaming the other person), so, remembering the towels, I expanded our discussion by dropping the problem label. Before long, she was able to see the other person’s perspective and to see the situation as an opportunity to work together with this person in a positive way. The facts did not change, but she wasn’t stuck by the label anymore and she saw the situation in a different way.

So many ways that labels, which can be useful in many contexts, can, in others, lock us down and lock us out. It makes my brain hurt! I’m going to go fold some rectangular pieces of cloth.

Is there a situation or a person (perhaps yourself!) that you are limiting with a label?

related posts: Who Is a Terrorist?; Bloom Where You’re Planted
Posted by Galen Pearl at 11:59 AM