This was the startlingly blunt message of Joel Osteen’s sermon on TV this morning. Yes, it’s true. I occasionally watch a TV preacher. Well, this TV preacher. The others, ummm....

Anyway, this was one of the best messages, in a sermon or anywhere else, that I’ve ever heard. And it was meant just...for...me. You see, just before I tuned in, I was driving myself crazy with something that has been eating at me for several days, a recent conversation that I kept poking at like a sore tooth. I kept thinking about one thing in particular that the other person said that had just hit me the wrong way. I couldn’t let it go. I couldn’t let it go even though I am enlightened (cough, cough) enough to know that this was not serving me.

I tried to shift my perspective. I read inspirational passages in A Course in Miracles, the Bhagavad-gita, other blogs, the Bible. But the inspiration sparked and then fizzled like a damp match.

When I woke up this morning and started rehashing the conversation even before my eyes were open, I put my hands on my head and said out loud to no one in particular, “Please help me stop this!” Before I knew it, I picked up the remote (not something I would normally do) and turned on the TV just as Joel was starting his sermon. The first words I heard were “Get over it.”

Joel told the story of Joseph from the Bible. Joseph had lots of brothers. They were jealous of him and decided to get rid of him by selling him into slavery. Taken to Egypt, Joseph served his master faithfully and prospered, eventually being elevated to a position second only to Pharaoh. When famine in his homeland drove his brothers into Egypt seeking food, Joseph found himself in a position of authority over the siblings who had wished him only harm. He forgave them, saying, “You meant it for evil, but God meant it for good.”

Nothing happens to you, Joel assured his audience. It happens for you. “God wasn’t having a bad day when he made you.” As the Bible says, we are fearfully and wonderfully made.

So, got laid off? Relationship ended? Betrayed by a friend? Had a bad childhood? Business failed? Someone say something that irritated the heck out of you, like what happened to me? Yes, life can deal us some blows. But, as Joel said, we can be pitiful or powerful. We can choose to be a victim or trust that whatever happened can lead us to our greatest destiny.

Still not sure? Watch this video about a man born without arms and legs. If I was still holding on to a smidgen of bitterness about being wronged, this took care of it.

I got over it. 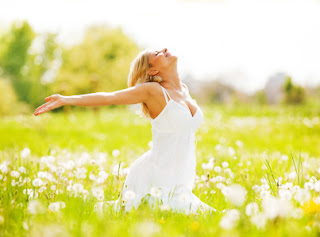 related posts: Mirror, Mirror on the Wall; So Generous; Calling for Love